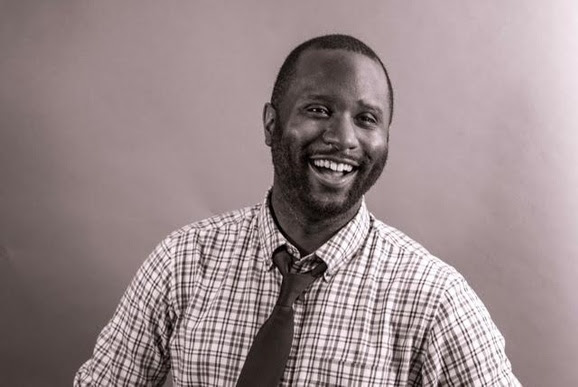 We first met in 2008 during the Park Players production of Smokey Joe’s Café. At that time, Dionté was just a 17-year old high school senior, but his performance abilities far exceeded his age. For this reason, he was featured in several songs and dances. However, Dionté’s artistic journey was just beginning. He graduated from high school and moved on to Michigan State University, where he majored in theater and honed his dance skills.

Nearly a decade after his Players debut, Dionté found himself back in Detroit and couldn’t shake his theater bug. Having been away from Park Players for so long, he wondered if the group was still active. Fortunately, an internet search revealed that Park Players was not only active, but the group was also about to produce one of its biggest shows to date - Sister Act. Dionté was cast in the show and impressed audiences with his singing and dancing abilities. In 2018, we were fortunate to have Dionté also serving as an assistant choreographer in addition to portraying “Pinocchio” in the Players production of Shrek.

When asked what he loves about Park Players, Dionté says, “The family dynamic… Park Players will always be my first home. I have always appreciated coming around because the group makes me feel welcome.” He states that in every show, the cast has a close-knit bond, which allows everyone to perform better on stage. He also appreciates the talent of his cast mates. Knowing that everyone else will do such a great job encourages him to step his game up too.

When asked about his dream show and role, Dionté says he would love to play the character of “Seaweed” in Hairspray. He loves Seaweed’s songs and the fact that Seaweed stood up for what he believed in. Another show that Dionté is passionate about is The Color Purple. Dionté was very influential in guiding Players to select The Color Purple as its Fall 2019 musical. Dionté says the music in the show is great, and the characters convey some powerful emotions. “We’ve all felt like Celie (main character) at some point in our lives,” he says. One would assume that Dionté is preparing to sing or dance in The Color Purple; however, he is always trying to stretch himself and learn new things. He’s debating about taking his skills off-stage to be an assistant director. In whatever way he’s involved, we know that Dionté will shine!

If you’re looking to see Dionté in an upcoming show, you can catch him in the Stagecrafters production of The Wild Party, which runs every weekend during the month of September.